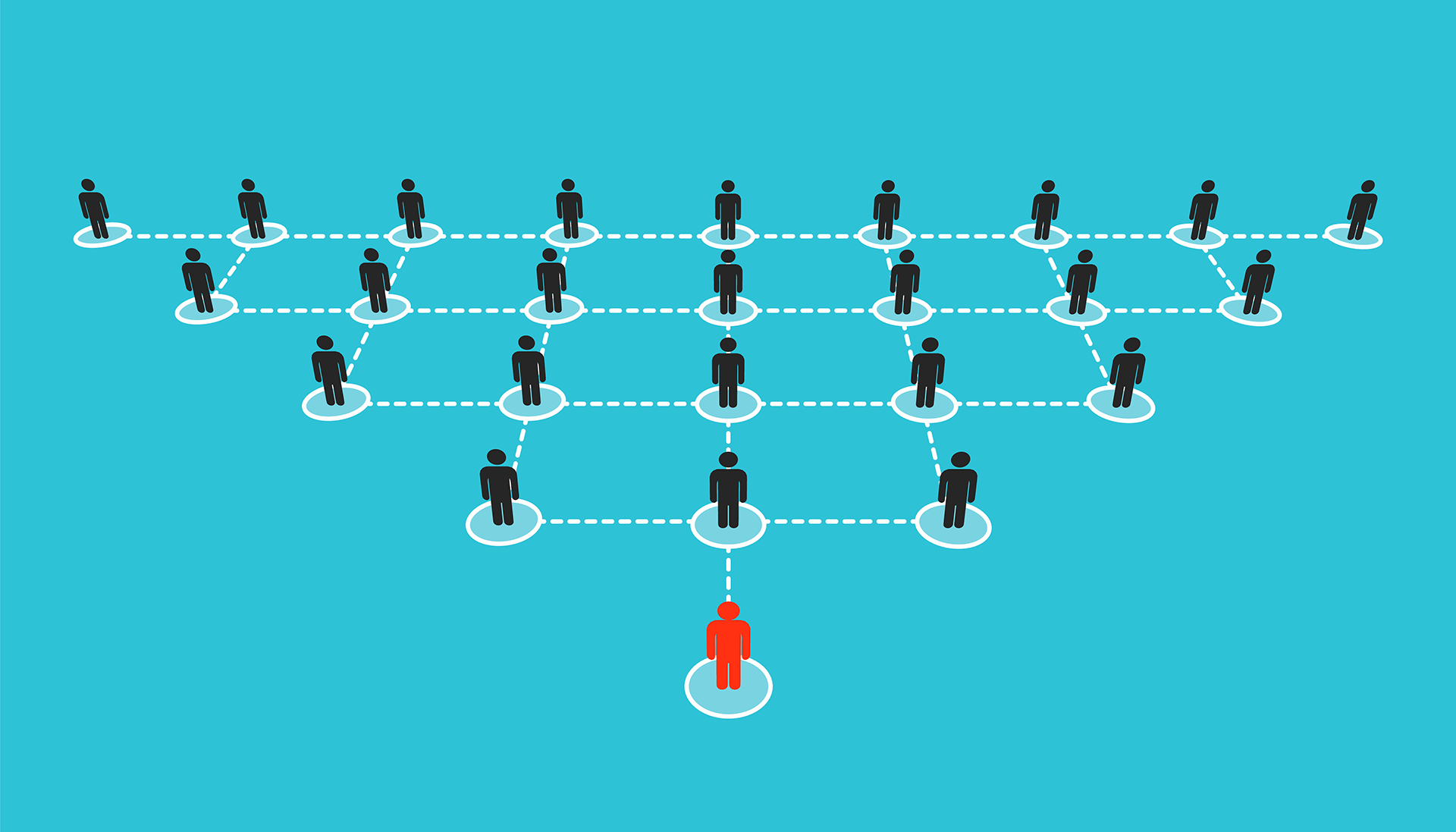 Unilevel compensation plans are relatively simple to understand. As the name suggests, a unilevel plan has a single business level, with all of a representative’s sponsored members placed directly in the first level. Unlike other MLM compensation plans, there is no limit to the “width” of a unilevel plan structure. In terms of the plan’s hierarchy – also known as the genealogy – all of a representative’s recruits can be placed directly below them in their “frontline.” This means there’s no “spillover” requirement where direct recruits are placed in a subsequent downline level because of frontline width limitations.

The depth of a unilevel plan will extend beyond the single level as the recruited representatives sponsor people themselves and build out their own frontline teams. Those teams become additional levels under the original sponsoring representative and depending on the plan’s defined commission rules and payout percentages, representatives are typically eligible to earn compensation for sales made by representatives in the three to ten levels below them in the unilevel plan’s hierarchy.

Because of the simplicity, unilevel plans are favored by start-up companies looking to grow quickly and appeal to part-time representatives. Today, many MLM companies use the unilevel structure as their base plan and customize the payout rules and incentive bonuses within their MLM software to fit the organization’s specific objectives.

The representative’s rank within the organization is also a factor in determining their payout. Ranks are earned by meeting defined requirements, such as sales volume thresholds or the depth of downlines. Representatives with higher ranks can earn more from their downlines. In addition, the MLM company can define and automate bonus opportunities within its MLM software to further incent and reward sales and recruiting behaviors. Examples of bonuses within a unilevel MLM compensation plan include:

The advantages of unilevel MLM plans

Along with the plan’s overall simplicity, MLM companies choose unilevel compensation structures because they encourage representatives to build an organization that’s both wide and deep. The unlimited width enables representatives to increase their earning power by having more people making sales. At the same time, representatives want to add depth to the organization to increase their earning potential as they qualify for rankings. In turn, these efforts strengthen the overall sales foundation for the MLM company.

The flexibility of unilevel plans also holds appeal for both MLM companies and their representatives. The representatives have the freedom to build out the width and depth of their downlines, which directly impacts their income potential. For MLM companies, the unilevel plan’s flexibility makes it well-suited to a range of direct selling business models. Each company is able to establish plan parameters based on its growth strategies and sales objectives.

The challenges of unilevel MLM plans

While the flexibility and earnings potential are seen as advantages for unilevel compensation plans, it can take a while for representatives to benefit. Because of the structure, new representatives don’t always see earnings comparable to the time they are putting in at the beginning. Once they have their frontlines more built out and start to add two or three levels of depth to their downline, their earnings – and the payout consistency – increase. To address this issue, many MLM companies leverage fast start bonuses and supplemental commissions to keep new representatives engaged in both selling and recruiting.

Similarly, unilevel compensation programs may risk having top-earning representatives “outgrow” the plan after maxing out their downline depth. For example, in a five-level unilevel model, a representative is not paid for any sales volume generated by the sixth level or beyond. Again, MLM companies typically mitigate this by adding incentives, bonuses, and leadership pool compensation that reward top performers based on ranks and achievements.

A company’s MLM software enables it to track and manage the expanding downline organization, as well as design and automate a unilevel compensation plan tailored for the company. The best unilevel MLM software gives companies the flexibility to adjust the plan’s parameters, such as commissions by pay level and bonus triggers. Unilevel MLM software plays a central role for growing MLM companies by providing management tools, automated commission calculations, and comprehensive reporting so the company is able to address gaps, incent desired sales or recruiting behaviors, and achieve growth goals.

Visit ByDesign.com to learn more – and contact us to schedule a consultation.

Unlocking the Power of Data and Analytics for Your Business