For multi-level marketing companies, the compensation plan structure is a major component of the company’s business and growth strategies. What is a binary MLM compensation plan? As one of the most common plan structures chosen by MLM companies, it’s worth an in-depth look to understand how it works and the type of MLM strategies it best aligns with. 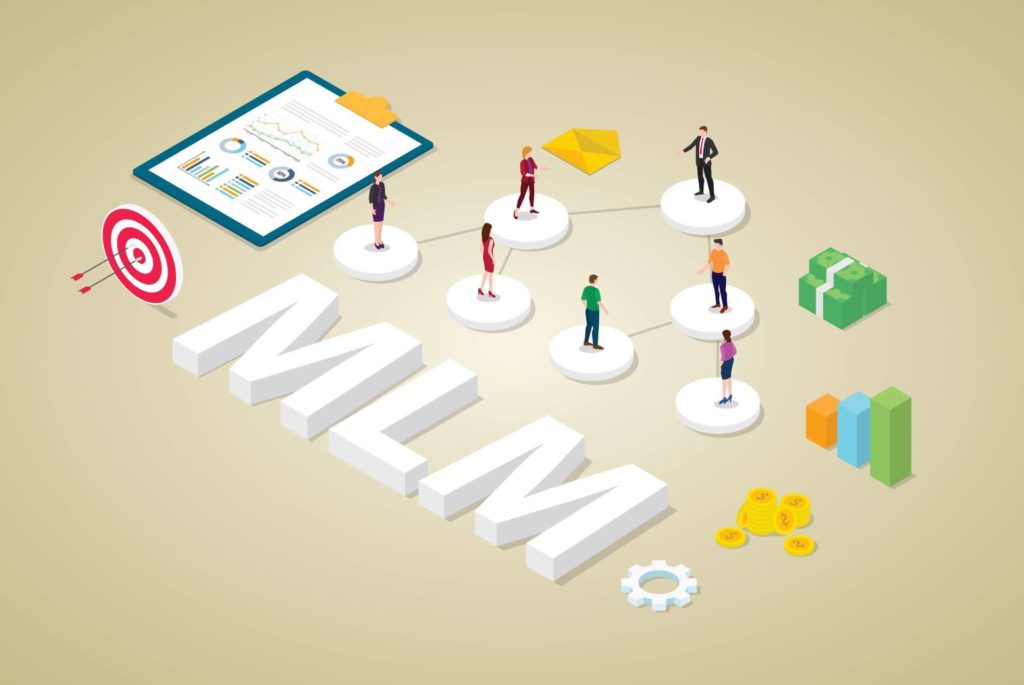 As representatives are recruited, and the binary structure within the MLM software fills in, a two-leg downline is created of two-by-two tiers. There is no limit to the number of tiers included within an MLM binary compensation plan. The structure is also known as the MLM company’s genealogy because of the way it depicts the hierarchical relationships between the organization’s sales representatives.

For MLM companies, binary compensation plans provide opportunities to manage the organization’s growth and more precisely estimate commissions and bonuses. Typically, MLM companies will set a cap on the commissions by defining a set commission percentage for each tier of representative earnings in the pay leg. Then, the company’s binary MLM software automatically tracks the expanding downlines and calculates the commissions based on the parameters set.

The advantages of binary MLM plans

Like all MLM compensation plans, binary MLM comp structures have strengths and weaknesses. One of the primary reasons MLM companies choose a binary plan is the opportunity to maximize sales productivity. The opportunity to maximize productivity is key for sales representatives as well. The binary structure enables them to recruit new representatives and strategically balance the spillover placements within their binary downline to create unlimited levels and increase their earning power.

Another appeal of binary MLM plans is the ability to facilitate rapid growth. From both the MLM company standpoint and the sales representatives’, the two-by-two tiers of the binary plan make it easy for new recruits to understand the commission structure, get engaged, and start earning. In a binary MLM compensation plan, representatives benefit as new representatives come on board, even when the new rep is recruited by someone above them.

One of the main benefits of binary MLM compensation plans is the teamwork they inspire. Because balancing the pay and reference legs matters to all of the representatives, it is in everyone’s best interest to help the weaker leg. And when one representative has recruiting success, both legs and the downline share in the impact.

The challenges of binary MLM plans

With a binary plan, the profit margin depends solely on the downline team remaining active. Keeping the legs balanced and high producing can sometimes be a challenge. If the downline’s sponsor and all of the representatives don’t keep actively selling, recruiting, and creating spillover, the weaker leg can get weaker and, in effect, reduce the rewards for hard-working representatives in the higher-producing leg.

If the legs become too imbalanced, new recruits may want to join the stronger leg, even when they’re needed to bolster the weaker – but paying – leg. If the gap between legs is allowed to get too wide, recruiting could become difficult, and production in the weaker leg will lag further and potentially cause representatives in the stronger leg to quit.

Ultimately, the balance and viability of the binary MLM structure is the sponsoring representative’s responsibility, requiring them to continue to sell and recruit at high levels on an ongoing basis.

The company’s binary MLM software provides the tools and automation that enable the organization and its participating representatives to manage the downline teams, balance production, and identify potential gaps or issues early.

In addition, binary MLM software allows the company to define and refine the compensation program in order to incent desired selling and recruiting behaviors among its representatives. Along with the automatic calculations and payment of commissions, this can also include building in bonuses for recruiting and teamwork across legs.

The best binary MLM software provides the flexibility to enable companies to configure a range of different types of compensation, such as the basic binary or level commissions, as well as referral, rank, matching, or performance bonuses. The company is able to set customized compensation parameters, including the calculation period, calculation criteria, or caps, and adjust the parameters as needed over time.

The binary MLM software functions as the engine for the company, creating efficiencies and automation that ensure compensation accuracy and recordkeeping as the organization grows.