Predicting how a company’s sales will evolve and what it will be at a given time in the future should always be taken seriously. At the end of the day, this is by far the most important source of revenue at a direct selling company. Also, profitability is obviously highly impacted by sales.

On the other hand, forecasting is not easy. Claiming that it is easy is certainly overlooking the whole process. Some say it is science, others say it is an art. I believe it is a blend of science and “informed intuition”.

A forecast is a projection based on past performances and an analysis of the future. This process is even more difficult when there is no past data. This is always the case when a company starts doing business or enters a new market. However, no matter how difficult they could be and no matter how wrong the initial predictions are, forecasts have to be made and then, improved in time.

A method that helps achieving realistic forecasts is making it on a rolling basis. In a direct selling environment, a suggestion could be forecasting every month for the next twelve months, and on a yearly basis for the next three to five years. Not only should a forecast say what will be achieved, it should also state how they will be achieved. This whole process might seem overwhelming, but once all the related parties in the organization get used to it, it becomes a routine within the company.

How should we approach the forecasting process? A company’s total sales figure is like a finished construction, made up of various building blocks. Therefore, the best way is to start with identifying those building blocks. And as a principle, sales forecasting and field force projections (i.e. predicting “new recruits”, “drop-outs”, “re-activates” etc.) should go hand in hand in direct selling. These two are intertwined closely.

Field members having different profiles behave differently, too. A newcomer’s actions in the first month with the company does not look like another direct seller’s who has been in the sales force for a longer period, like three, four or more months.

Likewise, characteristics such as being a “consumer”, “seller” or a “recruiter”, age, gender… all can have significant impacts on an individual’s contribution to company sales.

Another significant factor that impacts behavior is the size of the direct seller’s team. Obviously, an individual having a few team members and another who has a few thousand in the downline will do business quite differently.

Then, there are those variables that will need to be predicted for each of these segments for the time frame being covered in the forecast. A few examples of such variables are listed below:

This list of variables should be customized as that specific company’s business necessitates. But again, it is important to make sure the whole thing does not become unnecessarily complex by adding too many variables.

It is highly recommended to establish a concept of activity based on management’s preferences and make it a part of the forecast.

Once the field force has been segmented and the variables have been defined, the next step is the process of predicting what these “building blocks” will look like in the future. On the way, some of the predictions might seem unreasonable (in both directions) and might need to be revised, until all those involved in the decision making are comfortable.

1) Reduces the risk of making wrong overall forecasts since an unrealistic assumption will easily show itself.

2) Helps identify the areas that contributed to the end result, while reviewing the performance once the forecasted period is over.

One last point to remember when structuring this whole thing: Only those variables that can be influenced should be included in the forecasting process. Variables that cannot be impacted do not help at all. For instance, executives are always interested in seeing the geographical distribution of the sales force. It is important, for sure. However, unless you have the tools to make a change in that distribution, this information has no use in the forecasting process (It may well have important uses in some other areas, though.).

We all know that we are dealing with an ever-increasing level of uncertainty in business life. Some create an excuse out of this for not making any forecasts, but this is not acceptable. On the contrary, volatile market conditions force us to place more emphasis on forecasting and to do it more professionally than ever. Increased uncertainty only increases the need for planning in business. 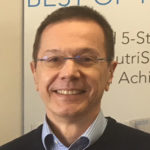 Author Hakki Ozmorali is the Owner of WDS Consultancy, a management consulting and online publishing firm in Canada, specialized in providing services to direct selling firms. WDS Consultancy has been publishing The World of Direct Selling, global industry’s leading weekly online publication since 2010 and is a Supplier Member of the Canada DSA

What is influencer marketing?