A multi-level marketing (MLM) company’s compensation plan defines how it rewards its field sales representatives through commission, bonus, and override payouts based on the company’s genealogy structure. With the definition in mind, which direct sales compensation programs drive MLM business growth? While the answer depends on the company’s culture, growth objectives, product offering, pricing structure, and representative training, there are growth advantages associated with each of the primary types of MLM compensation plans.

Choosing the right compensation plan to drive business growth starts by understanding and evaluating the main types of MLM compensation plans. All plans are based on a defined MLM genealogy structure that determines the relationships within the company’s sales team and how each representative connects to the company’s income opportunity.

Over time, the MLM company’s genealogy tree, which is made up of the interconnected upline and downline teams, provides an evolving record of the organization’s growth. In addition, it forms the structure for how the company calculates commissions on retail sales, qualifications for ranks within the organization, and incentive bonuses. In short, the MLM genealogy determines who qualifies for compensation and how much they are paid.

Each genealogy structure has attributes that help drive direct sales growth. But growth can be significantly accelerated when an MLM company aligns its genealogy with its strategic objectives, product offering, and sales culture. There are four primary types of MLM compensation plans.

A binary compensation plan follows a two-by-two genealogy structure, known as a “two-leg” downline. A sales representative’s frontline level is limited to two downlines. As they recruit more representatives, they “spillover” to be slotted in additional tiers below the frontline. The depth of a binary downline is unlimited.

MLM representatives earn commissions based on the sales volume generated in each of the binary plan’s legs. The lesser earning leg is known as the “pay leg” and determines the commissions paid. The leg with higher sales is called the “reference leg.” By basing commissions on the lesser-earning leg, a binary compensation plan’s structure is intended to encourage MLM representatives to work as a team to build out both legs in order to maximize their compensation.

As the name suggests, a hybrid compensation plan combines elements of multiple genealogy structures to create compensation that aligns with an MLM company’s specific objectives and goals. With a hybrid plan, payouts are determined by a representative’s placement genealogy and sponsorship genealogy.

The most common hybrid plan is a combination of the unilevel and binary structures that pays based on the binary plan for initial sales volume and then the unilevel plan for ongoing sales. By opting for a hybrid compensation plan, an MLM organization has the chance to address the perceived weaknesses of a traditional compensation structure by leveraging components of another plan that better fits the organization’s model and growth goals.

MLM compensation plans are not one-size-fits-all. Compensation plans that fuel business growth are an organization-specific balance of incentivizing and rewarding specific sales representative behaviors while taking the company’s product offering, pricing model, and organizational culture into account. When an MLM organization has a clear strategy for growth, it can design and adapt its compensation plan to drive the actions needed to increase sales within established business parameters that protect the bottom line.

How to Start an MLM Company: An A-to-Z Guide

5 Questions to Answer Before Launching an MLM Company

What are the steps to launch a multi-level marketing company? 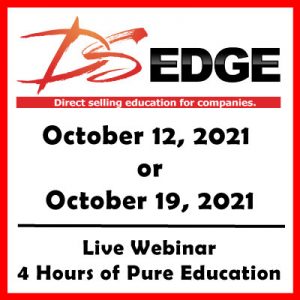